Efling would like to thank everyone who assisted in making the maids’ strike on the International Women’s Day an exceptionally successful event. Maids in the city’s hotels left their workplaces in groups and headed to Gamla bíó, where a fighting spirit and solidarity was in evidence all day long. Efling staff took down requests for strike support, and balloting took place for the next set of strikes.

At noon, attendees walked to Lækjartorg where speeches were given, with an emphasis on social justice and the struggle of working women. Afterwards, the programme continued in Gamla bíó, with addresses to the crowd by members and other guests, in between musical performances. At 4pm, we marched past the main hotels of downtown Reykjavík. Attendance was very good and the crowd was in high spirits.

During these events, Efling staff performed strike patrolling at hotels in a few teams. They visited hotels according to a certain plan. Viðar Þorsteinsson, managing director of Efling, said there were some reports of strike breaking, but in most cases they were not extensive or serious. “Members of Efling and bosses of hotels seem well informed on their rights and duties,” he said. He noted that strike patrols had been well received and had gotten access to main areas of the hotels. All information on cases of strike breaking will be collected. After the weekend, a meeting will be held with the lawyer of Efling and the next steps planned.

Sólveig Anna Jónsdóttir, chair of Efling, said she was delighted after the day. “It’s been strange hearing from various men with power and wealth belittling the emotions of us, low-waged workers, around this great day. Of course our struggle doesn’t spring from joyful conditions, but we will not let the elite deny us our pride and joy over belonging to a movement like this. We intend to change society so that we can enjoy justice, respect and visibility,” she said. “I want to thank our members, maids and everyone who came to show support for this day.”

Efling received a number of solidarity statements from other unions, both from inside the country and outside it, for the occasion. We are grateful for these valuable greetings. 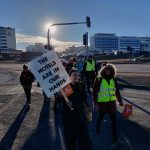 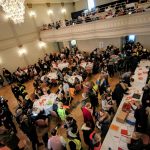 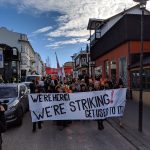 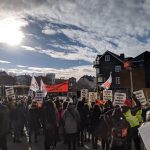 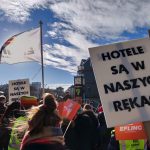 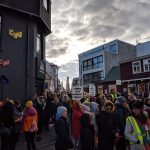