That raise alone is not enough, however, to address the circumstances in which the low wage earners, who work for the City of Reykjavík, find themselves. They aren’t, unlike workers in the open labor market, given the opportunity to raise their wages with wage interviews and bonuses as is the case in the private sector when there is a high demand for workers. Extra hours and overtime pay are not available, for instance, to most of the Efling-members working for the city. Taking on extra hours for overtime pay is often the only recourse available to low wage earners in order to make ends meet but that way is shut to many of the members of Efling who work for the city.

The City of Reykjavík cut public services after the economic collapse, which made matters more difficult for the city’s staff. The subsequent period of prosperity did not solve matters, as it resulted in more job opportunities in the open labor market, to which the preschool staff of the city flocked. This again increased the pressure on the lowest paid staff, those without professional education, whose responsibility to keep the preschools running weighs ever heavier on them.

Most of the staff of preschools is women and the care of children is work which women have done for decades upon decades and centuries without compensation. The legacy of this arrangement is still detectable, as the current municipal authorities even now expect women to care for the children for wages which are insufficient for a person in Iceland to make ends meet, even though these same authorities on other occasions tend to claim to support equality and the struggle for women’s liberation.

This fact has caused a large class of women here in Reykjavík to have to live on the verge of poverty, and to work under such strain that disability becomes a very real danger as they reach middle age.

To counter this, the negotiating committee of Efling has put forth a proposal for reform, based on the precedent set in 2005 by the mayor, Steinunn Valdís Óskarsdóttir, who proceeded to implement a correction of the wages of professions mostly occupied by women. She thought of this as a natural step in the direction of addressing concerns regarding gender inequality, and the negotiating committee of Efling agrees.

The implementation consists of an algorithm to calculate wages for certain job categories, which is already available, to be altered slightly. This will make possible a wage correction for the lowest wage brackets; the lower the wages – the higher the raise. 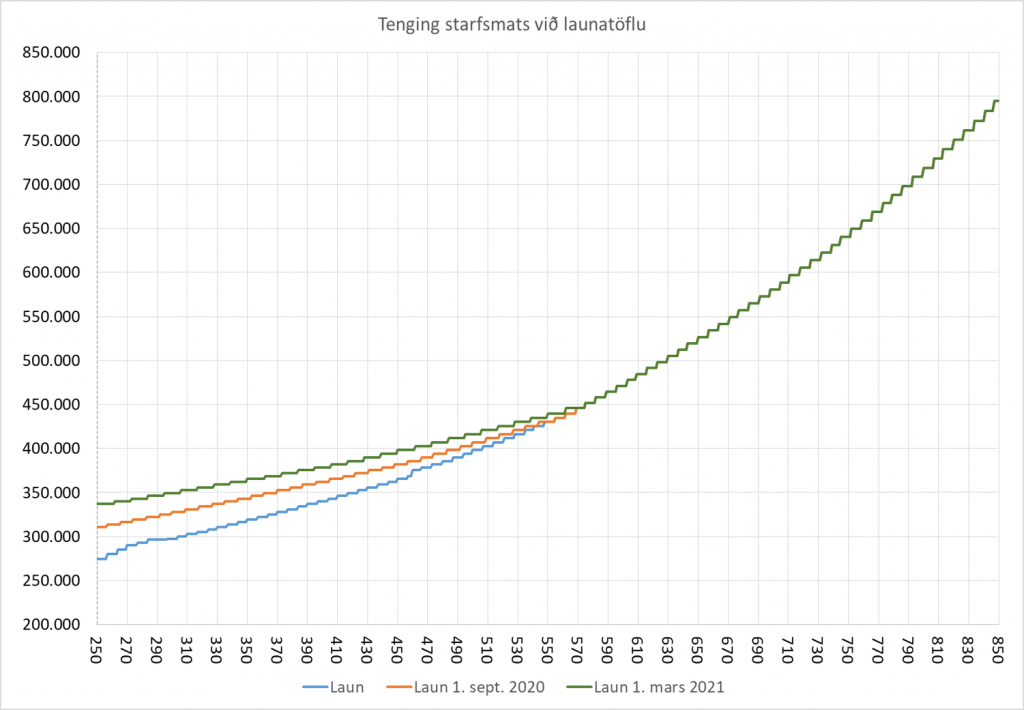 In plain language, this means that the correction will amount to a maximum of 52.507 kronas for the lowest wages and a minimum of 21.918 kronas in the case of active wage brackets. This raise will be added to the raises which the quality of life agreement stipulates for the lowest paid employees of the city. It is in accordance with the ideal of the quality of life agreement that the people who are paid the lowest wages are to receive the largest raises in wages, and takes an even bolder step in the direction of justice in that it calls for greater compensation for those whose wages are the lowest than for those whose wages are higher.

The justice argument and other practical arguments having to do with the serviceability of the preschools, who are obviously faced with a crisis, favor this solution. Undermanned preschools, where staff are often forced to take on additional employment with the inherent strain and danger of burn-out are, after all, a societal issue which the city has an obligation to deal with.

Also, the financing should not be a problem, as the city already saves itself several hundreds of millions of kronas each year by employing twice as many unskilled workers in the preschools than is to be expected.