Efling roundly rejects the interference of the Confederation of Icelandic Enterprise (SA) in the union’s wage dispute with the city of Reykjavík over the members of Efling who are employed by the city and paid the lowest wages. The members of Efling who work for the city have an independent mandate to bargain with their employer, which is stipulated by law and the constitution. Efling rejects the interference of outside parties when it comes to their right to bargain collectively.

The misleading rhetoric in the commissioned coverage and article of the CEO of SA in today’s issue of Fréttablaðið is furthermore dismissed. The proposals put forth by Efling for a correction of the wages of low wage earners working for the city are based on a known precedent implemented by the city on its own initiative in the year 2005. Those changes did not lead to disaster, instability or roll-backs in the Icelandic labor-market. There is no reason to assume that a similar change in the year 2020 would lead to consequences of that nature. Statements to that effect are fearmongering.

SA has played this game before, calculating the demands of unions in such a way as to make them seem unreasonably high, using mathematical trickery. The latest example is the misleading coverage of SA of the wage demands of Efling and the Federation of General and Special workers in Iceland (SGS) in February of 2019 during the wage dispute which was then in progress. The federation’s rhetoric is now of a similar nature.

A moderate step in the direction of correction

It has been demonstrated in the data publicly presented by Efling that the wage correction of low wage earners in the city in accordance with the proposals of Efling would result in degressive raises in monthly wages, ranging from 22 thousand to 52 thousand each month, the highest sums for the lowest paid and the lowest sums for those with higher wages in the wage range of Efling. Efling has also put forth an estimate of the costs of the correction and publicly presented it. It is covered nicely by the budget surplus of the city during the contract period and would raise its total wage costs by somewhere from 0,39% to 1,87%.

The proposal from Efling to the city is fully commensurate with the aim of collective agreements in the open labor market which were signed in April of 2019, which sought to utilize the existing financial latitude to raise the lowest wages more than other wages. This is best demonstrated by presenting it graphically (see graphic 1 and graphic 2).

SA and the municipal majority on the same side

Sólveig Anna Jónsdóttir, chairman of Efling – union, said: “It’s breathtaking to witness the mutual insurance efforts of the elite against the interests of low wage earners, where the free market fundamentalism of SA and the phony socialism of the city of Reykjavík unite. I have news for the representatives of this alliance: You are mistaken if you believe that the collective agreement of Efling in April of 2019 abolished the collective bargaining rights of the low wage earners employed by municipalities. We spoke of the agreements in the spring of 2019 as a cease-fire line. Our struggle for the improved wages of our members does not end until they are given a decent living.” 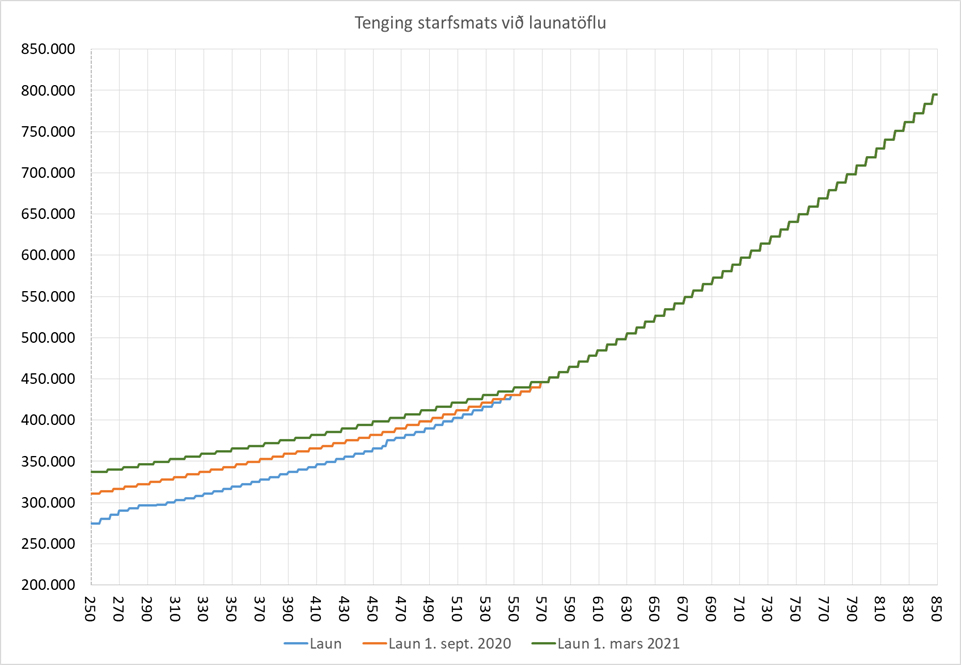 The changes in the monthly wages of the members of Efling employed by the city of Reykjavík after the new joining of job evaluation ranks and wage table outlined in the proposal of the negotiating committee of Efling. 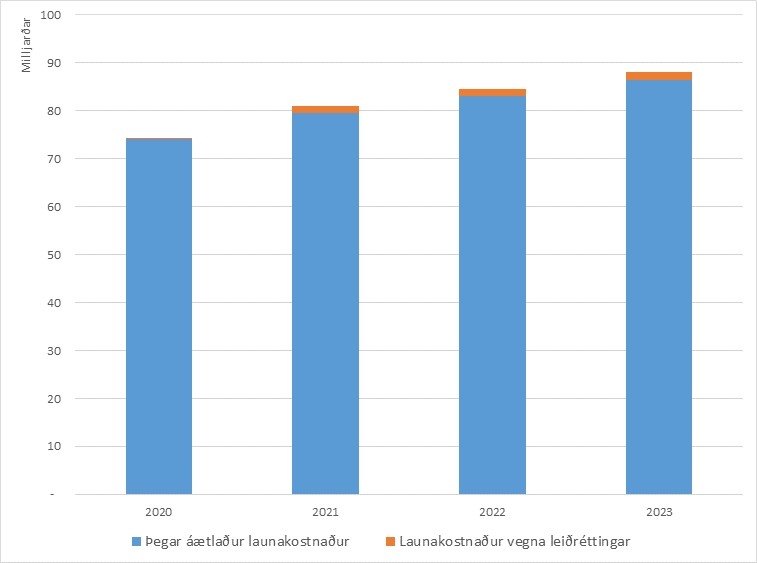 The costs incurred by the city if the proposal of Efling would be accepted, as compared with the wage costs already estimated.