Letter to the government – “Deliver on your promises”

Sólveig Anna Jónsdóttir, head of Efling, sent a letter today to members of the government, demanding that they uphold promises made in April last year on penalties for employers breaking the collective agreement. The letter is in the form of a claim, similar to the 700 claims sent by the union to employers every year to collect unpaid wages. The execution of the promises has been stalled in committee for months.

“Is it possible that this is because of the limited interest of the authorities in the living conditions of low-wage workers in Iceland?” Sólveig asks in the letter. “I would go so far as to say that if capital or the fish industry were suffering large-scale theft and demeaning treatment, they would not have to wait for long until the government stepped in.”

The letter demands written explanations of how the promise will be kept. If no answer is made, “I reserve the full right to do what I can as head of Efling to force the upholding of this promise.” 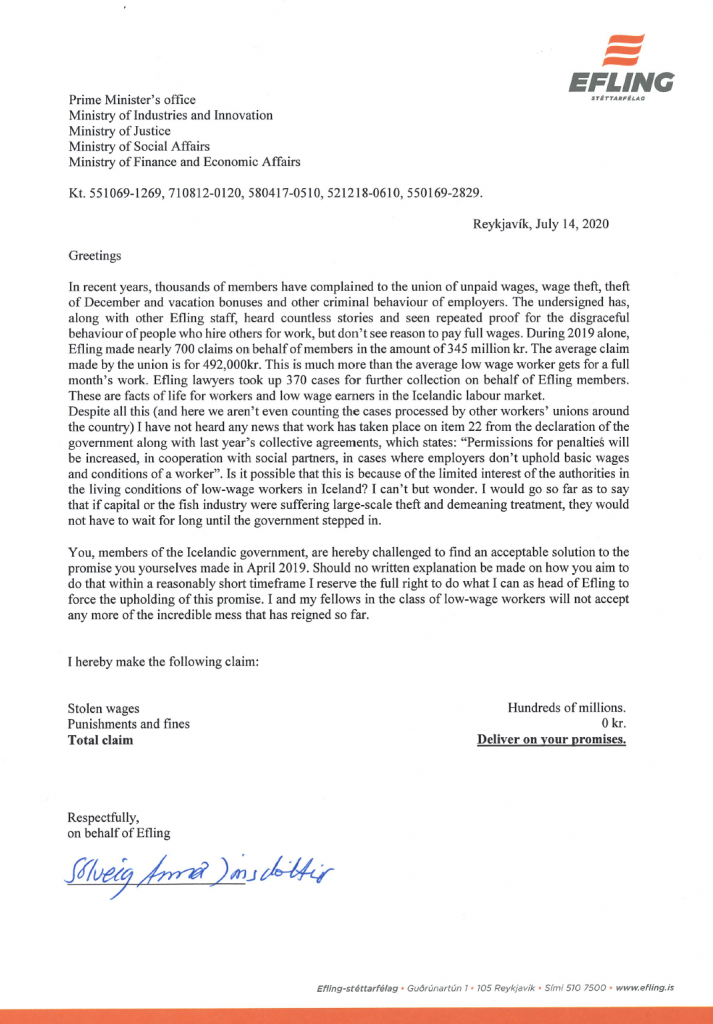