This spring, the Summer house magazine had a contest where members were asked to send in their vacation photos. The deadline was August 31. The selection committee has chosen a winner; Orange alert by Berglind Kristinsdóttir. She receives a 25,000kr award.

The committee’s opinion says: The photo is of the natural treasure Reynisdrangar. As the title says, the photo is taken during an orange weather alert, which explains the dearth of visitors at this usually crowded spot. Two pillars rise majestically from the rushing ocean where they have stood firmly for centuries. In the foreground a tourist stands like a third pillar from the black sand. He hasn’t been deterred by colourful warnings, even though he, unlike natural wonders, is human and vulnerable to the seasons. In his vulnerability, he attempts to capture the experience in a photo.

We congratulate Berglind on winning the prize. 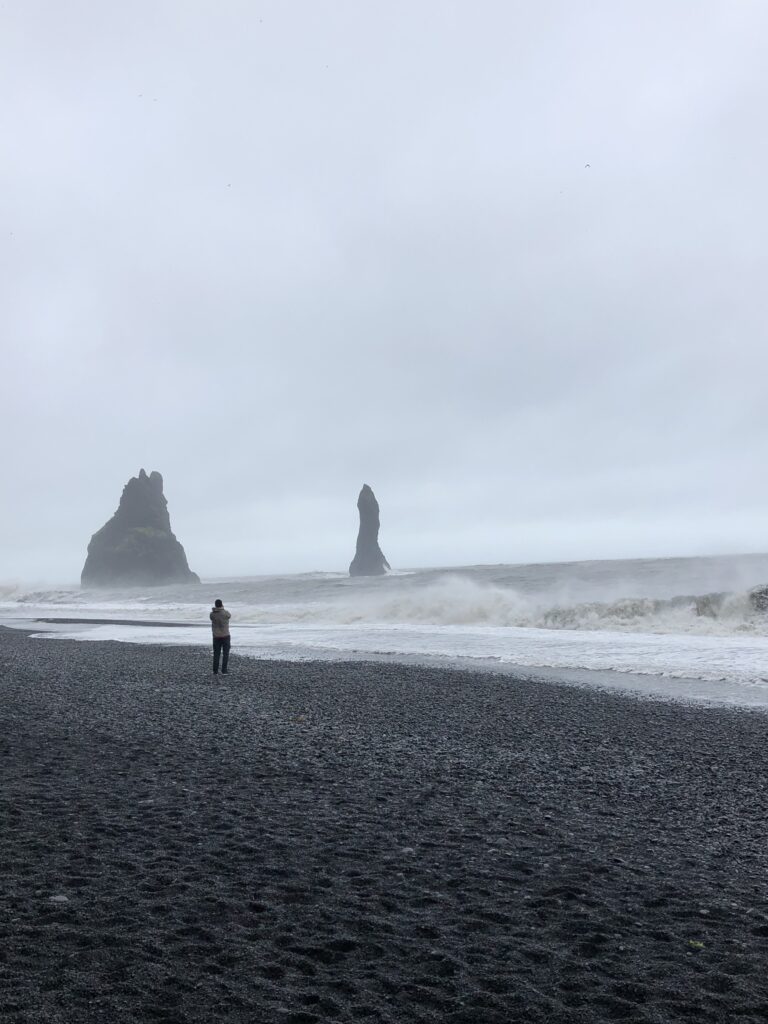