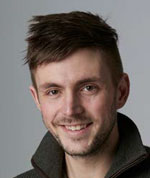 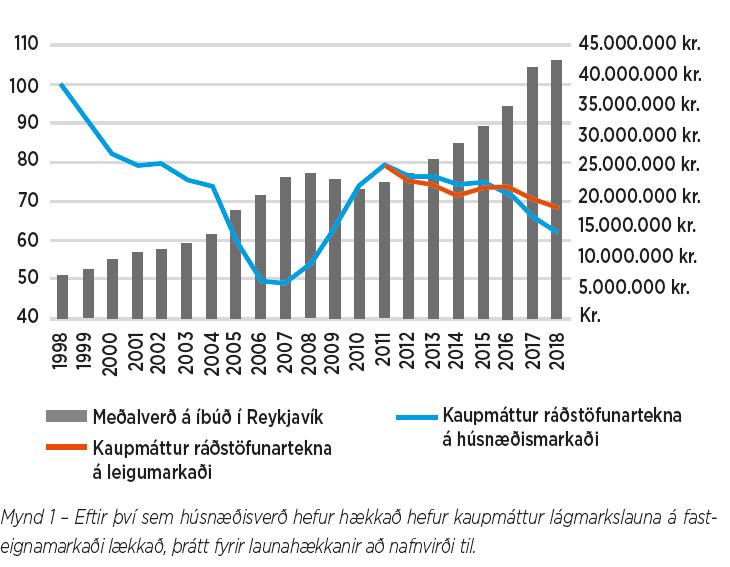 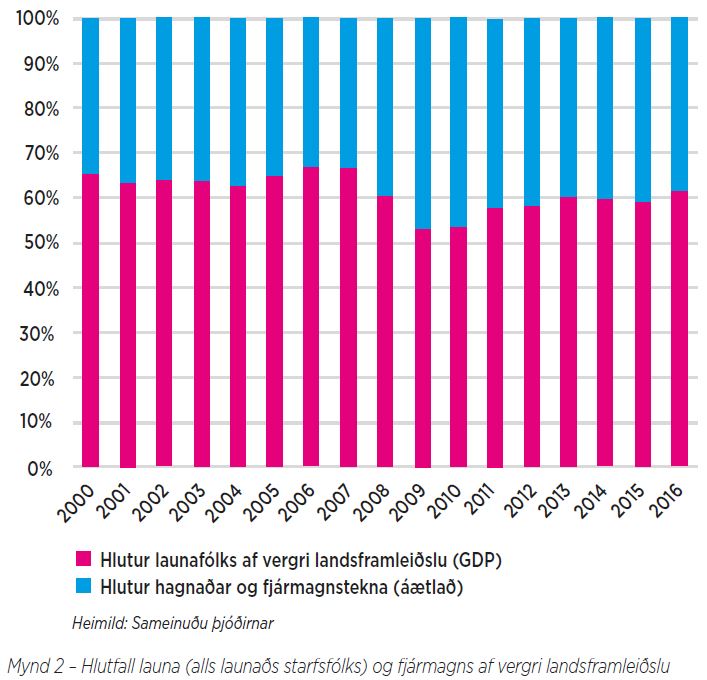 The reality of purchasing power

The economists say we’re getting richer. Why do we feel so poor?

-Jamie McQuilkin,  member of the Union Board of Efling

There is a great focus in the Icelandic labour movement on what is called the purchasing power of wages, i.e. how many goods and services we can buy with our pay checks. This is right and proper and the standard approach of labour unions in the western world. However, like most tools, this concept can be easily misused.

Purchasing power is basically how much stuff it is possible to buy with a wage. Every month, statisticians look at the prices in supermarkets, the price of electricity, the price of housing and so on, and make an average to see how they have changed. This is known as inflation, so-called as prices almost always rise.

The change in price of various bits of household expenditure is then paired with changes in wages, and thus we get the change in the purchasing power of wages over the relevant time period.

It’s possible to calculate purchasing power with any individual commodity – for example, kilograms of cheese or glasses of beer per hour of salary. However, to estimate the general price level and its changes, many prices are added together, and given different weights in the index, corresponding to their importance in households’ consumption. If e.g. households, on average, spend 1% of their annual wages in buying milk, milk will have the weight of 1% when the index of the general price level is calculated. This means that statisticians and economist have to decide how important each item is in households’ total consumption. Clearly the price of gasoline is more important than the price of Coca Cola to most people’s budgets. If “purchasing power” is to be useful, that difference in importance has to be quite accurate.

This is the first point where we must be careful, as unfortunately the government-calculated index of inflation is not accurate for many people. After all, it is based on the average household and there can be a vast difference between the high-income household and the low-income household. For example, the weight given to “housing” – rent, mortgage or the equivalent cost – has, over the last eight years, only increased from 16% of the average households’ expenditures to 26% today. This is likely to cause disbelief amongst many, especially those on the minimum wage which must spend a much higher proportion of their income on housing than 26%.

This in turn reveals another problem: the weighting of the index of inflation must be based on the purchasing of an representative person or household. In Efling, we have some of the lowest incomes in the country; obviously for us it is irrelevant if champagne has become cheaper. Housing rents, mortgages and childcare are much more important. According to statistics used by the Welfare ministry, a single adult in Reykjavík should have basic outgoings of around 223.046 kr., before housing costs are included – many of our members can spend nothing like this amount. The bare essentials are much more important for us.

It is also important to make sure that purchasing power is corrected for tax and benefits, i.e. net taxation. This is particularly important for Efling members as net taxation for those on the lowest wages has increased considerably in recent years, as the tax-free allowance has been adjusted upwards below the rate of wage increase. Thus, it is possible to begin to get a more accurate picture of the reality experienced by those on low wages. 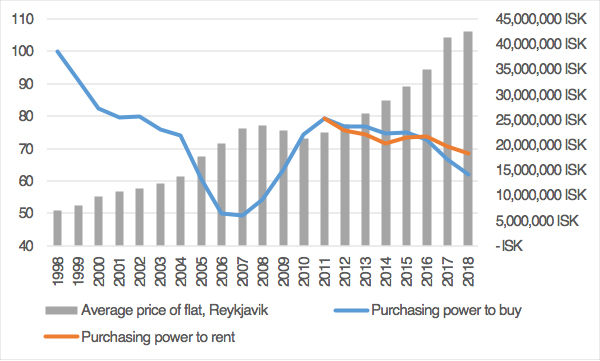 Figure 1 – As cost of housing has increased, the purchasing power of minimum wages in the housing market has decreased despite increases in nominal wages

This is one of the reasons why Efling is prioritizing the fight for affordable housing in the upcoming wage negotiations – we do not necessarily get richer by getting higher wages. In this case, it seems that the those who use their property to gain from others – the capitalists – are able to claw back our wages in rents and mortgages, profits for building companies and returns from AirBnBs.

It is true that some things – like most food – have gotten comparatively less expensive recently (wages have gone up, but prices stayed relatively flat). The “cheese index” is looking good for most workers. Often this is used as an argument that workers are demanding too much, as “we want too much of the pie”. However, a good indicator of how much of the pie we actually receive, is in the following graph. 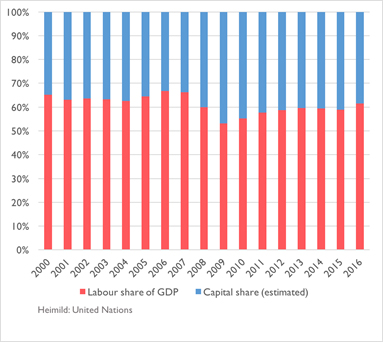 This shows the share of wages in the national economic production of Iceland. The blue section in each year is the share taken by capital, for example in corporate profits and rents for housing. It’s possible to see that the labour movement are still fighting to regain the share of the economy that wage workers received in the 2000s. We should note also that this graph says nothing about wage distribution – “wage work” is all wage work, whether the wage of an overpaid oil-company boss or a minimum-wage worker.

Overall, it seems that capitalists and wage workers are more or less an equal match in Iceland. In other developed countries, the wage share has generally declined over the last decades, as capitalists have consolidated their power and unions have become weak and disorganized, or have been destroyed by their opponents. We must fight to ensure that our unions become stronger, and that we do not let our wages be redistributed to the richest in society in the form of higher rents and higher house prices. We must also be sure that our economics reflects our lived experience or question where it comes from, and avoid uncritically adopting measures of progress used by our employers and rulers.